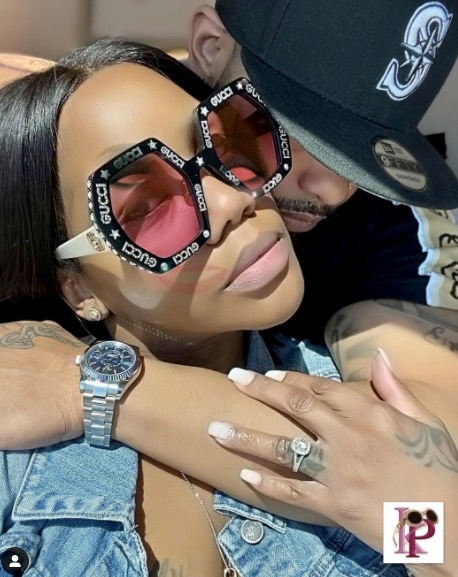 Let me start with the obvious: I know your girl has been gone a minute…like over a month. I’m not going to go into a long explanation, but I will say that I’m going through a life change that warrants a rearranging of sorts. This life change does include getting back into blogging, but it may or may not be regular depending on a host of factors. But I do hope you can rock with me nevertheless…And at the right time, I will share more my dear readers…I promise…

Alright, with the pleasantries out of the way, let’s get into this boiling hot gospel tea, chile. When the news broke on Friday that metro Atlanta resident and gospel singer Kelly Price had gone missing, I was intrigued. Apparently, her sister Shanrae Price had not been apprised of her whereabouts since Price had been released from a Georgia hospital where she had fighting COVID-19, unfortunately. However, shortly afterward, Price’s attorney Monica Ewing said the singer was not missing. But her sister is still not satisfied because she has not talked with her sister in months. And on top of that, her sister is at odds with Price’s boyfriend, who has kept the family from Price’s home. All of this is according to a Yahoo.com story.

And on top of ALL of that, celebrity news and entertainment YouTuber Lailah Lynn is reporting that Kelly Price’s boyfriend Darrell Crump Jr. is actually Price’s husband whom she secretly married last year around the time of her mother’s passing! And he reportedly has a criminal record…

See her video below:

All of this leads to so many questions. Here are a few below:

What questions do you have?

At the very least, she could obviously use some prayer so let’s lift her up saints… 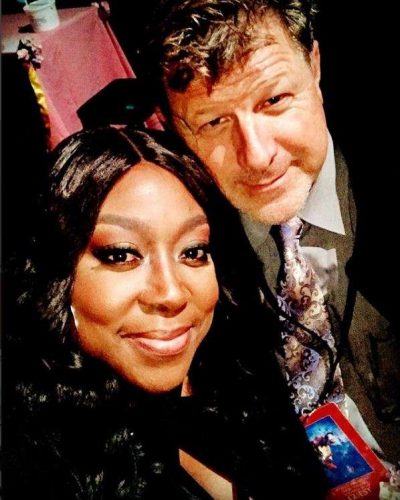 I’m all for finding lasting love however you find it, but this approach struck me as unique…On a recent episode of Ellen, The Real host Loni Love, who used to be a DJ on Ellen,  revealed that she met her boyfriend James Welsh on ChristianMingle.com although neither of them are Christians! Check out the clip below.

And here’s the key quote: We’re religious but we’re not Christians. But you know what? I wanted to meet a nice man. And so I figured, well, let me go on ChristianMingle.com. He was there too and when he said he wasn’t really Christian but he’s religious, I was like, maybe this is God’s way of putting us together. We’ve been together ever since.

I’m sure that ChristianMingle.com is glad for the free publicity on  the one hand, but on the other hand, you have to wonder if the powers that be at the website care if their clients are using the website under false pretenses…Like what if a person joined a website like HinduMingle.com (I made this up) not because he or she believes in Hinduism but he or she did want to find a partner who could cook or appreciate samosas (one of my fave Indian dishes)? Would that be right? 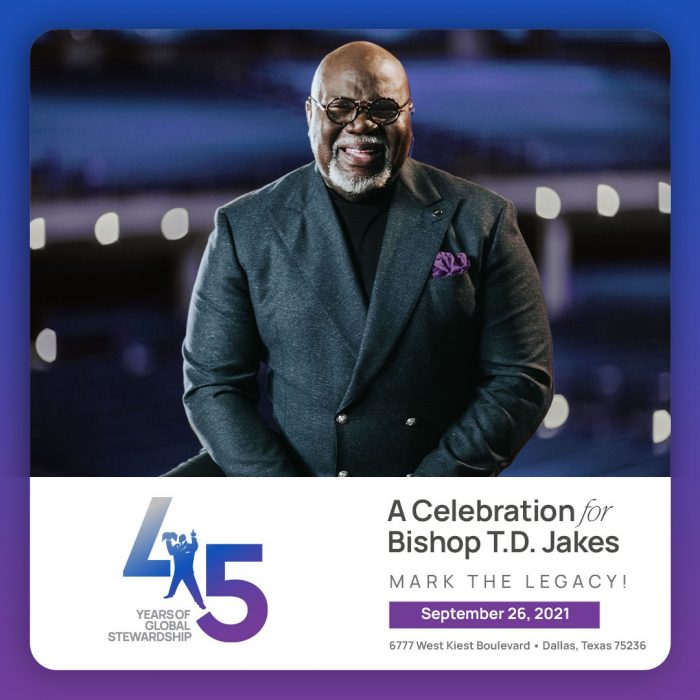 There are a myriad of words to describe T.D. Jakes: Pastor. Global leader. Best-selling author. Filmmaker. Real estate industrialist. Conference producer. The senior pastor of The Potter’s House in Dallas, Jakes blazed the trail in bringing a message of hope to millions around the world through any mode of communication, never being limited to just the pulpit. He has counseled several U.S. presidents and been the guest of numerous leaders around the world. Jakes will be honored for his 45 years of ministry at a special worship service on Sunday, Sept. 26, at The Potter’s House beginning at 9 a.m. CT, set to feature special guests and tributes.

Jakes began his ministry in West Virginia at the age of 19. Now 64 years old, Jakes has reached the masses through his various ministries and enterprises. Since starting The Potter’s House in Dallas in 1996 with 50 families, more than 30,000 members now attend the megachurch’s multiple campuses, with millions more attending online around the world. The Potter’s House mission is carried out through global humanitarian outreach, inspirational conference series, media and entertainment venues, and thought leadership forums.

ManPower
This conference for men began in 1993 to help men of all races and backgrounds address specific needs, hurts and struggles from a biblical perspective. The conference grew from 2,500 to 20,000 attendees.

MegaFest
Combining Jakes‘ conferences and the International Faith & Film festival into one, MegaFest is considered one of the largest faith-based international conferences in America. In 2015, more than 91,000 people attended to hear from a wide array of international speakers. In 2008, the global gathering was held in Johannesburg and contributed more than 60 million South African rand to the local economy.

Tapping into the digital world to further Jakes‘ message, the Bishop‘s Village offers on-demand subscribers unique, behind-the-scenes insights into the workings of the T.D. Jakes “machine.” Viewers are treated to videos and other online content, including (but not limited to) worldwide speaking engagements, conferences, business seminars, meeting preparations and sermon notes that are not available on any other Jakes platform.

An accomplished film producer, Jakes‘ movies have grossed over $500 million and catapulted the faith-based film industry. His films include: A Dog’s Way Home (for Sony Pictures) starring Edward James Olmos and Ashley Judd; Miracles from Heaven, the follow up to Heaven is for Real; the made-for-TV-film Faith Under Fire (for Lifetime); On the Seventh Day; Winnie Mandela; Black Nativity; Jumping the Broom; and Sparkle. Jakes‘ film projects continue to redefine and reimagine the ever-evolving “faith-based” genre. Stories about real people and experiences often are oversimplified with a traditional faith-based lens. Jakes‘ ability to translate stories about real people with real experiences into sales, streams and support is unprecedented.

Jakes‘ “A Time to Laugh” is a touring comedy show and concert featuring some of the hottest up-and-coming artists and comedians.

Dexterity Sounds is responsible for some of the most innovative expressions in Gospel Music today. Receiving numerous industry accolades, including Grammys for “The Storm is Over” and “A Wing and a Prayer.” Dexterity may be best known for the fan-favorite album Sacred Love Songs II, which featured music inspired by the film Jumping the Broom. The label is also known for its award-winning worship experience DVDs and the all-female contemporary gospel group, Grace.

The Potter’s House charter is to extend a “hand of help to the needy, a heart of compassion to the hurting, and a message of empowerment to the disenfranchised.” Jakes has led and lived this mission each day in his ministry.

Sign up to receive my monthly e-mail newsletter and get a FREE copy of my e-book, Seven Scriptures to Get Through Good Times & Bad Times.

My Most Popular Posts